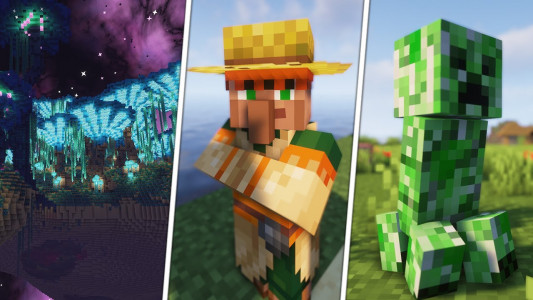 However, TooManyItems can be a bit overwhelming for new players, and it can also be a bit buggy. Additionally, some players may find the mod to be cheating, since it allows players to easily get items and creatures they wouldn't normally be able to obtain.

The Aether II is a popular mod that adds an entirely new dimension to the game. This dimension is a floating sky world that is filled with new creatures and items. The Aether II also adds a number of new features to the game, such as bosses, dungeons, and tools.

Biomes O' Plenty is a popular mod that adds a variety of new biomes to the game. These biomes include a desert, a jungle, and a taiga. Each of these new biomes has its own unique set of creatures and items.

Optifine is a mod that helps to improve the overall performance of Minecraft, as well as adding some extra features. One of the best things about Optifine is that it is compatible with most other mods, so it’s a great choice for anyone who wants to add a lot of different mods to their game.

However, Optifine can also cause some problems. For example, it can sometimes cause Minecraft to crash, and it can also make the game run more slowly than usual.

Rei’s Minimap is a mod that adds a mini-map to the game. This is a great choice for players who want to be able to easily navigate their way around the world.

Rei’s Minimap also comes with a lot of other features, such as the ability to see the location of other players and mobs. However, it can also cause some problems. For example, it can sometimes cause Minecraft to crash.